skip to main | skip to sidebar

The 2013 Mid American Time Trial Series Schedule has been listed on the left hand side of the blog along with other time trial races in the greater midwest area. The MATTS kicks off January 20th with the first of three ABD indoor time trials in Winfield.
Posted by TT Bloggers at 10:09 PM No comments:


The meeting started out with introductions. We had some new faces at our meeting this year with the addition of Ron Mattson of Freeport Bicycle, Tony Ameadors of EMC2, Brian Akers Lamb Little, and Bill Cassidy, ABR Race Official attending this meeting. All race promoters appeared to be happy with the way the series is headed and were happy with their events in 2012. A comment was made by many promoters that the new 2012 age groups brought more women riders to their events in 2012. The series could not move forward without great ideas and taking a little risk from time to time to change things up. The new age groups appear to be boding well for the series. Thanks goes out to Mike Farrell of ABD for proposing these age groups last year.


Bill Cassidy explained his new timing system, and how it would benefit the series going forward. Bill talked about the lap top, finish clock, and printers our silent sponsor provided the series for 2013 to go along with his system. He also wanted each promoter that uses him for timing to provide him with a rider list before the event. This way, he can input the rider list into his spreadsheet the night before the event. He spoke of the features of the program. When a rider finishes their race, all Bill has to do is press a button and this automatically calculates the rider’s finish time. This is an advance from most timing systems used in the past and present in that it alleviates the chance for errors. Most of the timing programs used in the past and some in present have the timer manually enter the finish time into the spreadsheet. Thus, mistakes can occur with this technology. Again, Bill’s program alleviates the possibility of errors in this area and speeds up results.


Doug Peterson, the MATTS Coordinator, encouraged all promoters to utilize this system in 2013 to speed up results, so that riders can stay for awards after each event, instead of waiting a long period of time for official results to post. Bill continued the discussion by saying for his system to work, riders who show up late to the start would need to either start the event or go back and tell registration that they want a new start time. The rider would be requested to fold over their number. The starter would put the correct start time on folded over part of their number at the start line. The rider would then be instructed by the starter to safely come back to the finish line at the end of their race, so that Bill can input the rider’s start time into the system to accurately compute the rider’s finishing time. Lastly, Doug Peterson said that he had support for hot spots to be used with Bill’s system. Rich Johnson and Bill Cassidy discussed which hot spot technology would be the most reliable and affordable for MATTS. This area was tabled for further discussion. ***Since the meeting, Doug Peterson has secured sponsorship for the hot spot hardware and fees associated with using this technology. Most promoters appeared to be interested in using this timing software for 2013. Carl Wilkins said that he was going to use a timing program for his Bong Series. Bob Lundberg mentioned that all promoters will be required to put their results in one standardized format in 2013, so that MATTS can post results and rider points in a timely manner.


Promoters were happy with the way MATTS points its races. The rider points system will remain the same for 2013.


One On-line Registration Provider for All MATTS Events


A discussion was started on this topic. There was some interest in doing this. Rich Johnson of ABD said that it would be relatively easy to make on-line registration available for all MATTS events on Active.com. Carl Wilkins said he was looking to go with Truesport for his Bong Series in 2013. Mark Swartzendruber said he was open. Others in the group were thinking it through. The topic was not fully explored as it was getting late, and the meeting was close to ending. This topic will be tabled for further discussion at the December 19 meeting.


Mike Farrell brought up race dates. He wanted to get ABD’s race dates on the calendar for 2013. Bob Lundberg requested others to provide him with their race dates ASAP. Update: MATTS 2013 Race Schedule was posted on 12/12 on the MATTS website. Thanks to everyone for getting Bob your dates and or tentative dates. This is the earliest we have posted our schedule since I have been coordinator. This is a positive step for our ridership to plan racing and training schedules for 2013.


I am very happy with the way we have all come together to make some positive changes over the past year. We have great energy at our meetings and at our events. I think we are able to make such positive changes because everyone in our group wants the best for our series, and it shows in the end product. While we have a ways to go to be the best time trial series in the nation, I think if we continue to work together to make subtle changes to improve our series each season and listen to and meet our customers (riders) needs, we can and will be the best series in the U.S. -DP
Posted by TT Bloggers at 10:02 PM No comments: 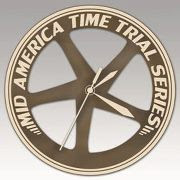 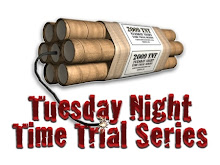 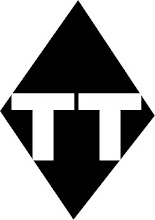